There is a misconception that Britain is a nation of shopkeepers. The manufacturing industry is rarely mentioned in the business news. Unless it is perhaps to focus on a major employer potentially closing down. However, even though a lot of UK manufacture has been exported overseas in recent years, it remains a major and growing industry sector.

Manufacturing makes a £6.7 trillion contribution to the global economy. The UK is currently the worlds 8th largest industrial nation. It is predicted that if current growth trends continue, the UK will break into the top 5 by 2021.

According to eef.org, in the UK, manufacturing makes up 11% of the gross value added (GVA). Directly employs 2.6 million people. Accounts for 44% of total UK exports and provides 13% of the business investment and 70% of business research and development (R&D).

To see the full statistics reported for the manufacturing industry in 2018/2019, visit https://www.themanufacturer.com/uk-manufacturing-statistics/ where you will find a breakdown sector by sector of the phenomenal amount produced across the UK. 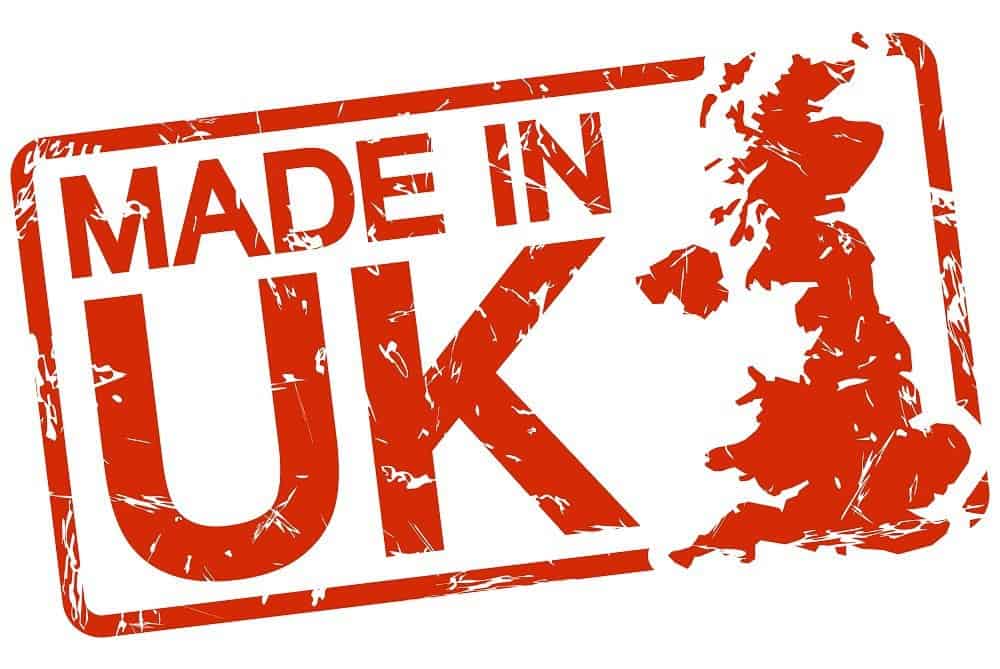 Problems in The Manufacturing Industry

The biggest issue faced within the manufacturing industry in the UK is one of finance. Although manufacturers have the funds to invest, the reluctance to do so due to lack of confidence in the future of the industry is taking its toll.

Investors are demonstrating an uncertainty on spending to improve technologies and plant that will improve profit and productivity as there appears to be a lack of confidence in the future.

This lack of confidence is largely down to the post-Brexit landscape, with more than 50% believing it will be tough on SMEs. The government need to demonstrate that they have a firm plan in place to protect the manufacturing industry.

Another issue the industry faces is the lack of skilled recruits. The education system currently isn’t producing young people who can operate this digital future.

Apprenticeships are finally beginning to gain the respect they deserve as an alternative to a university education. An apprentice will benefit from on the job, industry-relevant training which is a huge advantage to prospective employees. However, this is not always a possibility, especially within smaller companies.

In short, the issue is again one of investment. We need to see the government investing in our future engineers and manufacturers and making it more accessible for all.

So on to the positives, we will now take a look at British manufacturing in 2018/2019 and why there is still an upward trend despite the uncertainty of a post-Brexit Britain.

The Uk is a world leader in aviation providing 128,000 direct jobs and 140,000 indirect jobs in the industry. It currently has an annual turnover of £31 billion.

The Uk government launched an aviation strategy that outlines the future of British aerospace over the next three decades. The Aviation 2050: The future of UK aviation consultation paper produced by the government outlines the governments plans to modernise the aviation sector. Plans to encourage innovation and technology, to reduce congestion, noise, emissions and minimise delays at airports are all covered in the consultation paper.

With the introduction of hybrid and all electrical aircraft, the UK has a huge opportunity to export to countries that are not large aerospace manufacturing nations themselves. We need to move quickly to capture this segment of the growing global aerospace market. The UK currently holds 18% of the global market share, which is the largest in Europe and second globally only to the US.

The Aerospace Technology Institute estimate that hybrid-electric aircraft could generate up to £4 trillion in revenue by 2050. Greater cooperation between the government and industry is welcomed by Paul Everett, chief executive of the aerospace sector trade organisation: “The governments Aviation 2050 strategy is an important step in delivering a more sustainable UK aviation industry”.

Currently, there is almost a decade’s worth of work in hand and an order book of over 13,000 aircraft. This is worth up to £195 billion to the UK.

The UK may be far behind the US concerning overall geopolitical capability, but it still enjoys a lead over China who leapfrogged France to become the worlds third strongest power. However, this margin is slightly less than it was in 2017.

Despite having access to a far smaller national base, the UK is still ranked second in the world. According to the audit of Geopolitical Capability 2019, Britain has a ‘unique capacity to project and extend itself around the world’.

So an industry that has 142,000 direct employees with an almost equal number of indirect jobs and employs 4,300 plus apprentices and trainees a year is certainly strong. With a £24 billion annual turnover generating an average of £7.7 billion a year for the UK, it is definitely worth protecting this area of industry.

Once again though, the threat to Britain’s global power status is one of investment. If the government continue to invest and improve the resources, the UK will remain a global power. Should funding be cut, however, it could wither to just a slogan.

Britain has a surprisingly large automotive industry. Employing 169,000 people directly with 78,000 employed across the UK supply chain. A predicted 25,000 jobs are to be created to cover the production of connected and autonomous vehicles.

Currently, the UK has six design centres. Eight major premium and sports car manufacturers. Five commercial vehicle, nine engine, nine bus and coach, 60 plus specialist car and six mainstream car manufacturers. There are also 2,500 supplier and 20 R&D centres according to SMMT. Currently, 80% of a vehicle can be manufactured in the UK.

The automotive industry has an annual turnover of £71.6 billion and adds £12.4 billion to the UK economy. The annual exports are worth £34.3 billion and account for 12% of the UK’s total export goods.

A Brief Summary of Some Other British Industries

British Construction provides one million direct jobs with upwards of 80,000 new job opportunities. This includes 200,000 women who are employed in the sector. It represents 6.4% of the total economic output. Contributing £92 billion a year to the UK economy. It is also one of the leading areas for the modern apprenticeship scheme.

British Electronics is the world’s fifth largest in terms of production, with a £78 billion annual turnover. There are currently 800,000 plus direct jobs in this industry, with 14 of the world’s top 20 semiconductor companies having design and/or manufacturing sites in the UK.

35% of British Plastics manufactured are exported and account for around £6.7 billion of revenue. The industry has an annual turnover of £23.5 billion and over 170,000 direct jobs.

British Nuclear companies in the UK have the capability to pride 80+ % of the work involved in creating new nuclear power stations. There are over 63,000 direct jobs and over 80,000 indirect currently in the UK.

The value of the British Steel industry has declined by 24% since 1990. However, more waste steel is recovered in the UK and recycled than all other materials combined. There are still 30,000 direct jobs in the steel industry, and it adds £9.5 billion annually to the UK economy.

We do still make a lot in Britain, and with continued investment, training and confidence, the UK can go from strength to strength in its manufacturing industries.