The robots are coming, and they are taking over the world. Well, that is the popular misconception about our robotic counterparts. In reality, robots have been around for a long time in one form or another, and the purpose has always been to assist the human world.

Whether you realise it or not, we have been using robotic technology for years. Think about your mobile ‘smart’ phone; AI enables you to speak into your phone and ask it questions and receive answers.

Although the likelihood of every home having a robot ‘butler’ is some time away, great advances are being made, and new technologies are being constantly developed. So let us get on with a snapshot of 10 incredible robots and how they are set to change our world. 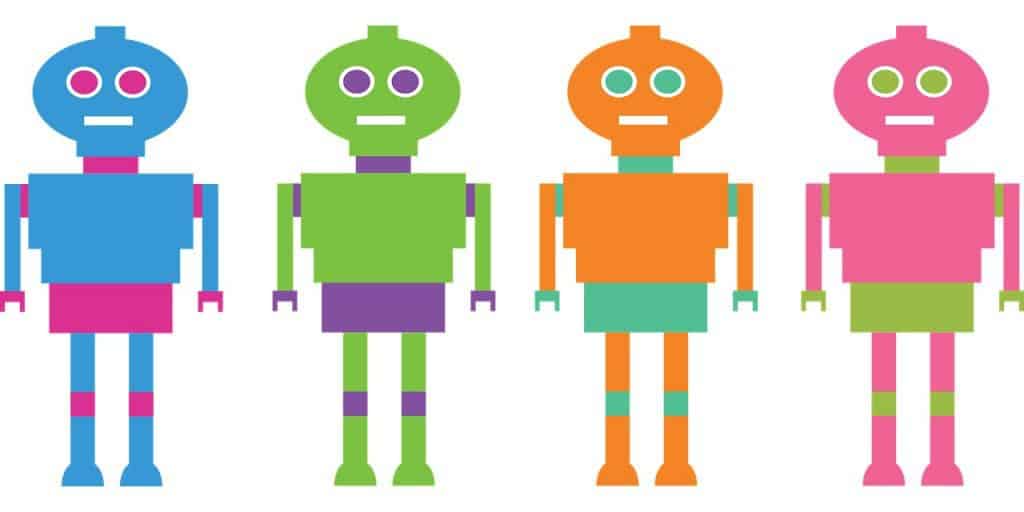 Roadworks could become a thing of the past thanks to these tiny ‘insect-like’ robots. The British Government has invested £26.6 million into the project to create the robots that will be able to fix and inspect underground pipes — hopefully negating the need to constantly be digging up our roads.

The micro robots are being developed by researchers in four universities, Bristol, Birmingham, Leeds and Sheffield.

These micro robots will be able to fly, swim and crawl through the pipes and using sonar detection, be able to ‘tap the pipes’ to detect where the problems are.

Professor Kirill Horoshenkov from the University of Sheffield explains that there will be two types of these micro robots. The first will be an ‘inspection bot’ that will be agile and quickly be able to examine the pipes autonomously. The second will be the ‘worker bot’, which will have greater energy and the materials to carry out the maintenance work. The worker bot will more likely be remotely controlled by humans.

The technology for this micro robot can be used to make our roads safer places. There is also hope that they can be developed for use in other areas such as aerospace, nuclear reactors and medicine.

From the company that bought you Atlas, a humanoid robot that can do flips, pick up boxes and run, comes SpotMini a dog-like robot that is admired for its cuteness and idiosyncratic movements.

SpotMini is the quietest of the robots that this company has built and the 17-joint robot pup is extremely stable and dextrous. Weighing in at 30kg, this robot can operate for 90 minutes on a charge. It uses a 3D vision system to discern its surroundings.

Although SpotMini requires a human to operate, the bot works on its own initiative to complete the task set. It uses motion planning software to take account of upcoming obstacles and works in real-time to solve the problem. Its articulated limbs enable the quadruped to go places that wheels cannot.

The SpotMini will be available this year, but only 100 are being produced. Eventually, the company will look into mass producing them for use in people’s homes. For now, it will likely be used by companies that want a quadruped robot that can reach places less agile machines can’t.

Founder Marc Raibert said, initially the motivation for creating the SpotMini was for something that could go in an office, in a space more accessible for business applications, and eventually the home.

It could be useful for security patrols, surveying building work and a variety of other tasks as SpotMini is customisable with attachments and additional software.

Developed by NASA’s Jet Propulsion Laboratory, Pasadena, California. The RoboSimian is a robot that has multiple limbs and is designed for rescue missions. Whether there is a fire, chemical spill or nuclear accident, RoboSimian can be reconfigured to go in and clean up the problem. 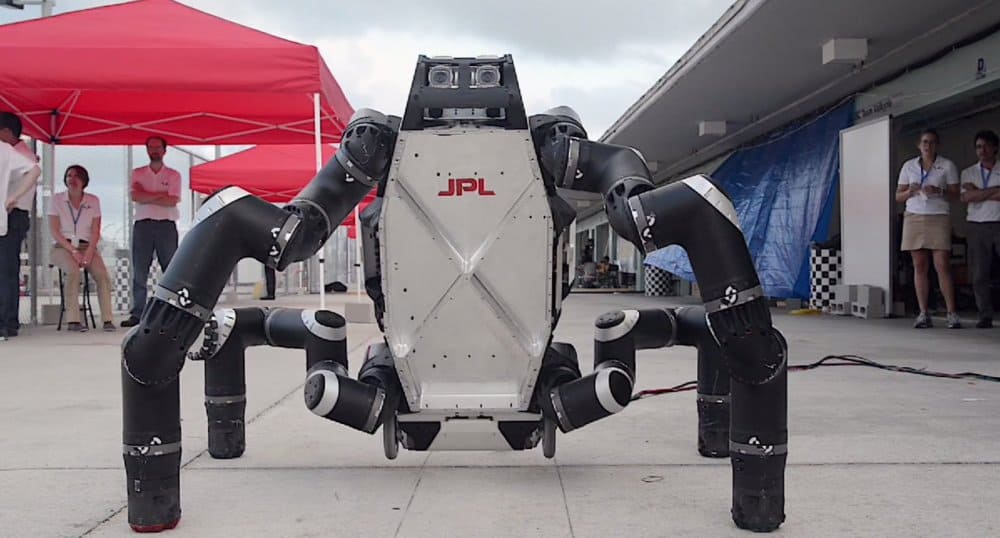 The four generic limbs for manoeuvring and manipulation enable the RoboSimian to traverse complicated terrain. Each limb has 28 articulated joints enabling the bot to perform extremely dexterous tasks.

To enable the robot to see its environment and for the human operator to understand it, RoboSimian is equipped with seven sets of stereo cameras and a LiDAR device to map its 3D surroundings.

The advantage of this is that RoboSimian can go into situations that may be too dangerous for humans and fix the issue and then clean up.

Phoenix also has the potential to help people with disabilities, replacing limbs and giving mobility that has not previously been achievable.

The challenge with the Rovers is to take technology that would be the size of a room on earth and shrink it to the size of a shoebox to be able to be launched to different planets.

The Curiosity is a car-sized rover that has been designed to explore Gale Crater on Mars as part of NASA’s Mars Science Laboratory mission. The mission being to search for conditions of life.

The rover has an articulated arm that is much like a human arm and hand to collect rock samples for the study. Cameras and instruments enable the rover to see and gather information about its environment. Wheels and legs are used for mobility and antennas for communication.

It only uses 120 watts in power, which if this technology were to be brought to earth it could be used to access remote areas and use complicated medical instruments that require a very small amount of power. 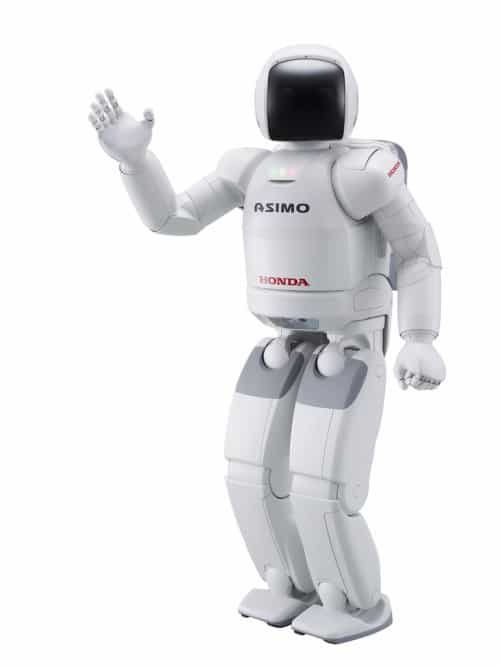 ASIMO is probably the most well known and recognised robot in existence today. Developed by Honda, this bot has been showing off it’s applied agility for some time.

Although ASIMO has taken a few tumbles, he is the first version of a humanoid robot companion, with the plan to enhance people’s lives. Honda hopes to develop versions of ASIMO that will be able to serve people worldwide by 2030.

Kaspar is an expressive social robot developed by the University of Hertfordshire, UK, in 2015.

Although Kaspar may look a little disarming with his expressive eyes and dressed in toddler clothes, Kaspar serves a very unique and worthy purpose. Kaspar is designed to be used by children who have conditions related to autism, who often find reading expressions and emotions from their peers challenging.

Kaspar is a confidence builder that will encourage children with autism to explore new ways of communicating. The aim is to help these children develop more meaningful interactions with others.

YuMi is a dual-arm collaborative robot developed by ABB Robotics, Switzerland in 2015.

YuMis’s limbs have extra points of articulation, and it is incredibly dexterity and accuracy make it a very useful addition to the assembly line. It is particularly useful for assembling intricate small devices and is safe to work alongside humans.

REEM is a service robot developed by PAL Robotics, Spain in 2016. He is a concierge of the future. REEM was designed for exhibition spaces, events and promotions.

It will greet guests, offer directions or act as an emcee. Being able to move around means that it can interact with guests and answer questions. It can also follow commands issued on its chest-mounted touch screen.

Businesses and schools around the world have adopted Pepper as an assistant to guide, inform and welcome people.

Service robots have one more level that has been previously missing, and that is empathy. Pepper has emotional intelligence. He can recognise faces, basic human emotions and interact with people based on this recognition.