For centuries engineers have created the most impressive infrastructures around the world. From the pyramids in Egypt to the Qingdao Haiwan Bridge. Which is the worlds longest bridge over water. But how many people actually stop to think about the extraordinary talent and intellectual foresight that went into these projects. Not to mention the enormous amount of work?

In this article, we take a look at a few of the worlds most incredible engineering projects. From ancient times to modern day marvels.

The Great Pyramid of Giza is one of the Seven Wonders of the Ancient World and remains mostly intact to this day. Constructed in 2560 BC it is an amazing feat in engineering. Despite the fact that they had no sophisticated technology and limited tools at their disposal, this pyramid is still a strong and iconic structure.

There were over 100 pyramids built in Egypt, and most were used as extravagant burial monuments for the Pharaohs and their family. It is believed that they were constructed to represent the primordial Benben mound, as the ancient Egyptian religion believed this played a pivotal role in the creation of the world.

These impressive monuments still have archaeologists and historians puzzled as to how exactly they were constructed. New hypotheses and experiments are continually being conducted to try to determine each aspect of the construction including the materials used.

The amazing construction achievement of the Great Wall of China makes many other projects pale in comparison. It was originally constructed as a defensive wall to separate warring states. Unlike other engineering structures, the Great Wall was not a finite project. Construction continued to take place by each individual state that felt the threat from their enemies.

Unfortunately, a vast majority of the wall’s ancient remains have long since disappeared due to materials being used for other constructions, erosion, theft and vandalism. The part we mainly see today is the Ming Dynasty section which lasted from 1368 to 1644. However, this section stretches for approximately 5,500 miles in itself, so it is easy to see why this is such a notable feat in engineering.

The original structure stretched for 13,170 miles and is the world’s longest wall and largest piece of ancient architecture. It stretches between the beaches of Qinhuangdao, the rugged mountains around Beijing, to a desert corridor between the mountain ranges at Jiayu Pass.

Today the Chinese government are still taking steps to ensure that the Great Wall is protected from further damage and reconstruction projects have been ongoing for many years. 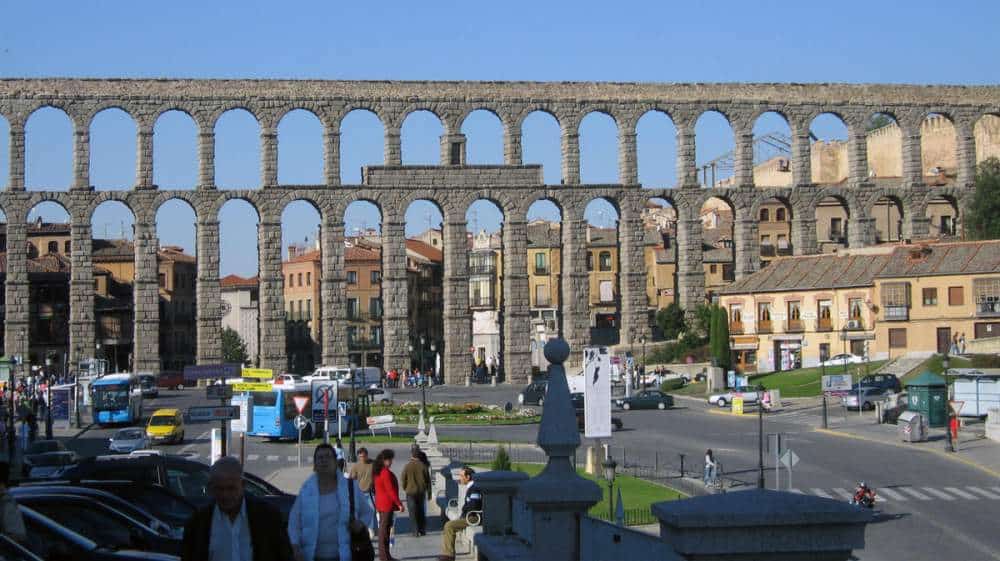 Aqueducts were watercourses designed to provide fresh drinking water and water for use in public baths. The Aqueduct of Segovia in Spain is an amazing structure built by the Roman empire and is still, to this day, remarkably intact.

This remaining example of Roman engineering is certainly worth visiting should you find yourself in the area. It was still providing water to Segovia right up until the middle of the 19th century.

New York City is one of the most iconic locations in the world with more famous landmarks per square meter than any other. From an engineering point of view, it could be argued that one of the most significant is the Brooklyn Bridge.

This suspension roadway bridge connects Brooklyn and Manhattan and was one of the first of its kind to be constructed in the US. It was designated a National Historic Civil Engineering Landmark in 1972.

The Roeblings family are largely responsible for the conception, design, development and execution of the bridge. John Augustus Roebling had already overseen the construction of several other suspension bridges. However, it was his son Washington and his wife Emily who eventually brought that vision to fruition as sadly John passed away before the project was completed.

The Brooklyn Bridge was hailed as a symbol of optimism and aspiration in the field of engineering upon its completion in 1883 and is still seen as such today. 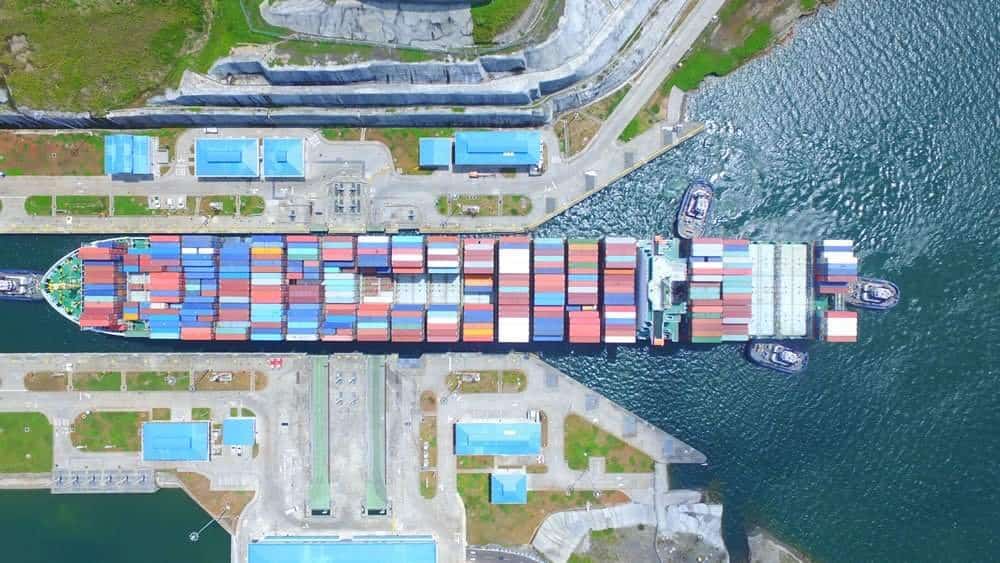 The Panama Canal is a 48-mile long waterway that connects the Pacific and Atlantic Oceans. It was one of the most ambitious and complex civil engineering projects to have ever been completed.

This valuable project still remains vital for passage of all types of vessels, including the important cargo ships.

The first proposal recorded for the construction of the Panama Canal was in 1534. Charles V of Spain ordered surveys as he wanted to make it easier for travel between Spain and Peru. This had a tactical purpose as he knew he would gain military advantages over his Portuguese enemies.

French diplomat, Ferdinand de Lesseps was not so lucky in his attempt. His misguided venture cost an estimated $287,000,000 and bankrupted roughly 800,000 investors. Not to mention the 22,000 deaths it caused. This just goes to show the enormity and complexity of this project.

The canal finally opened for business in 1914 and reportedly 1,000 ships used it in that year, today more than 14,000 ships use the Panama Canal. 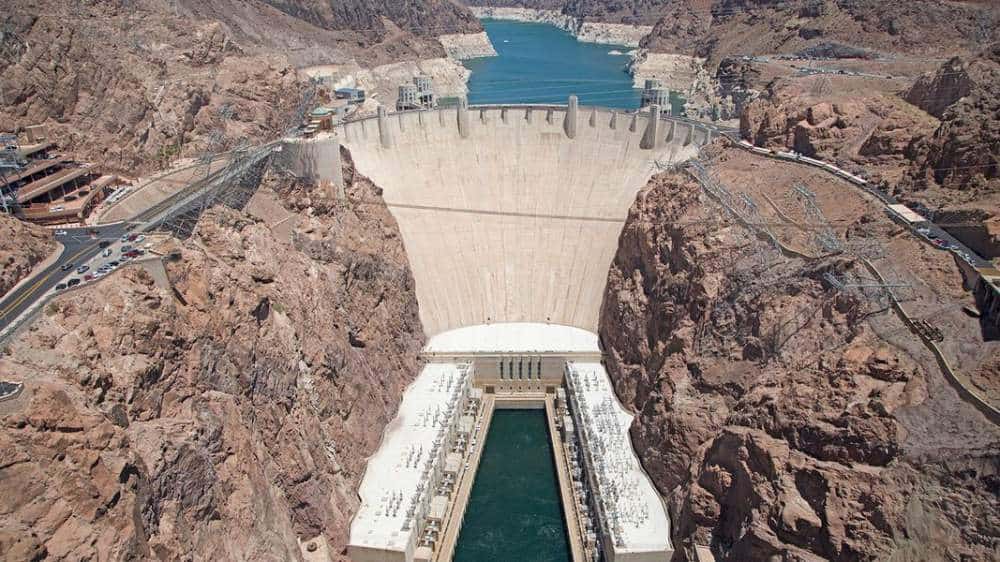 The Hoover Dam borders US states of Arizona and Nevada. Considering the engineering technology of the day, the successful completion of the Hoover Dam was remarkable.

The building of the dam faced obstacles of epic proportion. The technology was untested, the weather was awful, there was no nearby infrastructure and a very weak national economy. Not only that, both the public and the politicians were highly sceptical of the project. However, the Hoover Dam managed to silence all its critics and overcome the obstacles and finish 2 years ahead of schedule.

The construction of the Dam provided some much-needed employment, creating over 5,000 jobs, in the depression of the 1930s. However, it was a risky job and 112 labourers reportedly lost their lives during the construction.

Today a memorial to those who lost their lives during the construction has been erected at the base of the site with the words ‘They died to make the desert bloom’.

The Hoover Dam attracts over a million visitors every year as it is regarded as one of the most significant modern engineering projects. 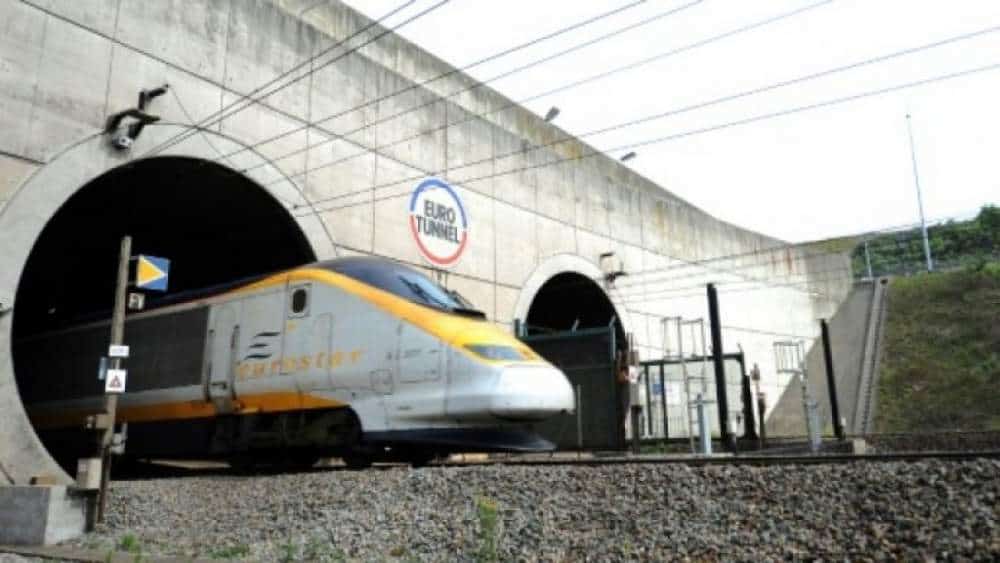 An official agreement was reached between the UK and France in 1964 for the cross-channel connection. Due to political and economic issues, the first tunnelling didn’t begin until 1988.

This was a massive engineering undertaking and despite being two years behind original schedule and costing double the original estimate, it was still completed fairly swiftly. The first cross-Channel train journey took place on 6th May 1994.

Today The American Society of Civil Engineers recognises the Channel Tunnel as one of the Seven Wonders of the Modern World. 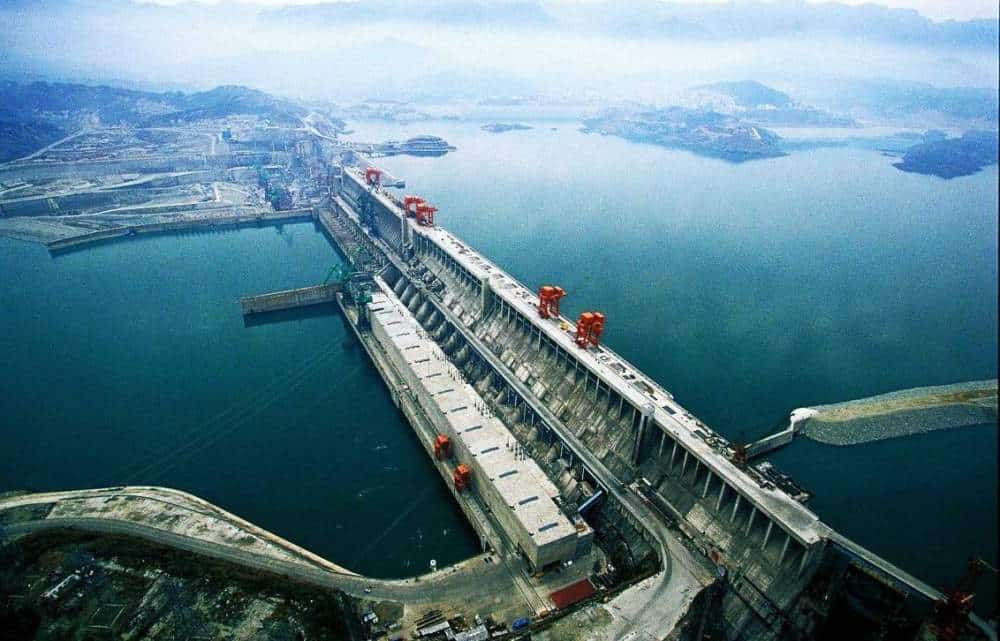 The Three Gorges Dam spans the Yangtze River near the town of Sandouping in China. It is officially the largest power station in the world producing huge amounts of electricity each year.

Construction of the dam began in 1994 and it started producing electricity in 2003. Many more turbines have since been installed, the initial 6 has now risen to 32. The dam stretches 410 miles long and contains enough steel to build 63 Eiffel Towers.

There are many more amazing engineering projects that have not been mentioned here, including, the currently under construction Crossrail, which will connect the East and West London from Reading to Brentwood.

Also mentioned in the introduction was the Quingdao Haiwan bridge in China. Measuring 42.5 kilometres, it is the world’s longest bridge over water.

There is also a great feat of engineering that maybe isn’t so great. The leaning tower of Pisa completed in 1399. Originally it was 60 metres tall with 251 steps weighing 14,500 tonnes. But it was built on marshy lands, the meaning of Pisa! But this oversight by the engineers is what has created the infamy of the structure.

Engineering is an important part of all our infrastructures. From waterways, dams, roads and bridges to buildings and space stations and many more. Without engineers foresight, imagination and intelligence, the world would be missing a great deal of innovation.