As long ago as 1631, Pierre Vernier, a French scientist, mathematician and engineer invented the “Vernier scale” and so provided the basis for mechanical engineers to measure and manufacture more accurately than ever before. His system of dissimilar scales became the basis of precision measurement and provided a standard of quality for the next four hundred years.

His invention provided first the Calliper for inside and outside diameter measurement, then the Vernier Height Gauge and the Gear Tooth Vernier. So Vernier became an industrial household name.

Today we still employ the principle and tools that Vernier gave us. In more recent history the optical projector (1860), gauge reference Blocks (1896) and the Screw Micrometer in about 1848 provided comparative advances in metrology. But Vernier’s brilliant and simple system of dissimilar scales lives on. Callipers and Vernier Height Gauges are used in virtually every engineering manufacturing organisation throughout the world. 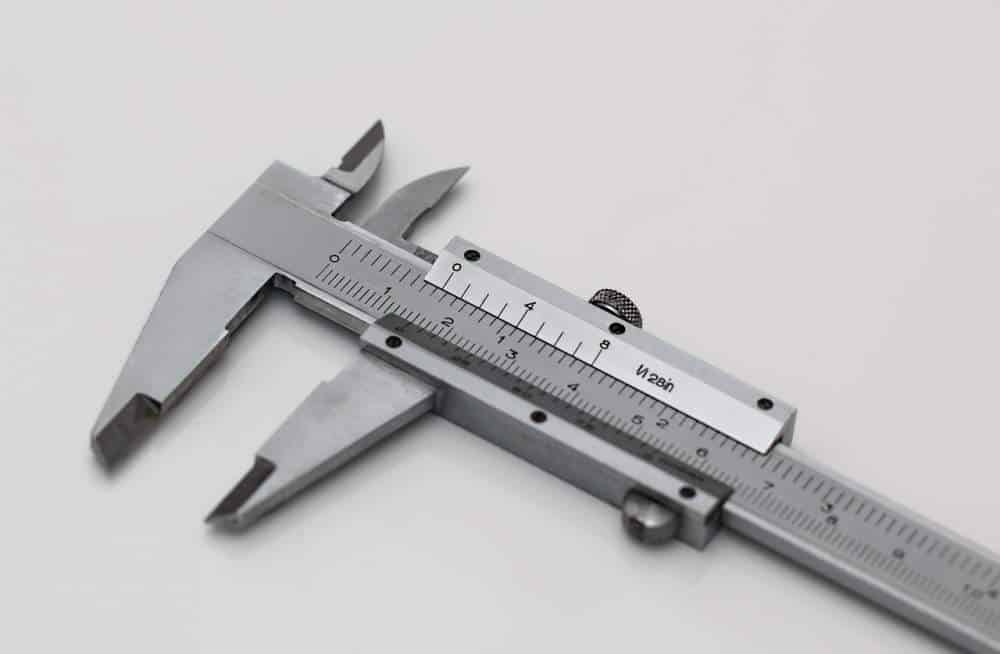 For many years the Swiss have been synonymous with precision measurement equipment and measuring devices, and it was a Swiss company that made the first major advance on the Vernier Height Gauge.

In 1968 the Trimos Company produced a digital height gauge that sparked a continuous and rapid development into the modern era by offering precision measurement of single figure micron resolution along with perpendicularity and straightness measurement.

Many other companies followed suit and, along with the first dedicated coordinate measuring machine (CMMs), modern metrology was born.

Developing the Art of Measurement

Over the next forty years metrology products were developed at a furious rate and with that came the amazing reliability of the modern automobile, precision components and aviation parts.

The silicon chip had arrived. Computers were no longer science fiction but now enabled the quality control inspector to measure digitally and print out reports. Computerised height gauges or vertical measuring machines became very capable devices and in the early 1980s, another Swiss company, Bagreal, offered computerised diameter measurement on a single axis with micron resolution.

This innovation derived measurement through the determination of maximum and minimum height values. A diameter has a top dead centre (TDC) and a bottom dead centre (BDC). This simple innovation provided the software basis for all of the latest vertical measuring systems. Once the TDC and BDC are established, it is an obvious step to subtract one value from the other, and the resultant answer is a diameter. From there, the diameter is divided by two, and the centre point established from any current datum.

British company, Eley Metrology Ltd replied in 1983 with a vertical device known as a ‘Vertex’. This 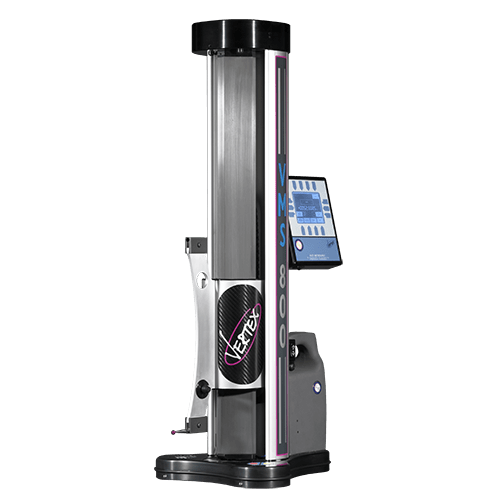 provided diameter and feature measurements along with computerised PCD and 2D alignment capability. The device had an on board Statistical Process Control (SPC) option and offered an integral printer and motorised operation. Then in 1991, a completely stand-alone fully battery powered micro Vertex with a very high mechanical specification was made available. This had all the features of the previous mains powered model.

After an intensive twenty-year period, the development curve appeared to be slowing.

The cost of precision was becoming smaller. Methods of manufacture were driving prices lower. Mass-produced products were arriving from the east, and the beautiful quality of the original Swiss instrument of 1968 seemed a thing of the past.

We now have computerised error correction. This means that prices can be kept low and margins maintained by compensating for manufacturing errors. We simply apply error-mapping techniques that will change identifiable errors with software to produce a correct result. This is modern metrology. If it can be manufactured with a repeatable error, then it can be software corrected. The choice of alternatives is quite simple: would the user prefer an instrument that is manufactured to a specification that is met without error correction or a result that is achieved by error correction?

The Next Advance in Height Gauge Technology

So to the present. Eley Metrology of Derby has released the latest Vertical Measuring System development. The VMS range is a further advance on the height gauges that have been common for the past forty years. Major new features have been developed and patented. The all air-bearing column and counterbalance system is unique. The VMS has a magnetically driven probing system that can offer a contact force as low as 0.25 Newtons. The VMS has a unique specification that is achieved without error correction.

Key Features of the Vertex VMS

Nickel Metal Hydride rechargeable battery cells provide the power. Output communications are via an onboard mini printer or RS232C connection to an A4 printer etc. Comparisons with the VMS are difficult to make as it has so many unique features.

It is perhaps interesting to note that the origin of the VMS is, of course, the Vernier Height Gauge. One of the prime functions the Vernier was designed to perform is scribing, or layout work. With many modern gauges, this feature has was lost. Not so with the VMS; layout work and many other capabilities are encompassed in one device.

Pneumatic locks to the base and the column are all new features. Straightness of the main column has a manufactured specification of two microns total. This offers unparalleled perpendicularity in both front and side aspects of the column. The VMS can employ a DTI with equal effectiveness as a transducer and has a unique probe locking mechanism to both the upper and lower probe holders ensuring the probes are secured in their correct orientation.

Attention has also been given the weight of the probes. The carriage balance is so sensitive that the probes are manufactured to a tight tolerance on the weight. In this way, small diameter probes can access and accurately measure holes down to less than one millimetre in diameter. Parts of a non-robust nature perhaps with very thin sections require the lightest possible probing force. The VMS fulfils this requirement exceptionally well.

Excellence in design from all aspects; mechanical, pneumatic, electronic and software has been the intention of the makers. They confidently believe that this is the best Vertical Measuring System ever produced.