Optical metrology makes light work of precision measurements in more sense than one. Optical technology delivers fast, accurate measurements by using light-based sensors rather than tactile probes. Science is taking vast strides in the 21st century, and engineers require increasingly precise measurement equipment to eliminate errors in their products. Optical CMM systems open a new dimension for designers, manufacturers, and quality controllers. Learning more about this technology can help you and your team shine a light on another field of measurement. 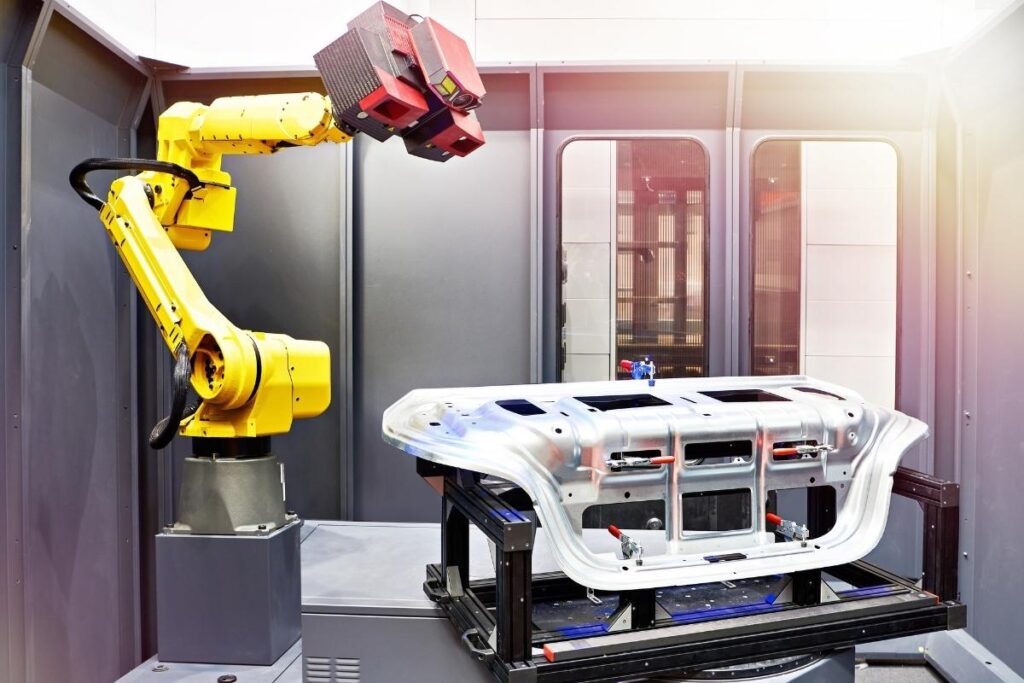 What is Optical Metrology?

Optical metrology covers many principles, techniques, and machines that use light and observation to determine and verify different properties. Some scientists trace its history as far back as the sundial, which uses the sun’s light to determine the time and its passage. However, from measurement apparatus like the telescope and microscope, optical metrology’s tolerances tightened as research advanced. As we’ll discuss, this discipline remains at the forefront of innovation, supporting applications in machine vision, spaceflight, and advanced circuitry.

How Does Optical Metrology Work?

Of course, this technology works differently in different applications. Optical metrology ultimately relies on the speed and stability of light in many of these different cases. Rather than simply peering at things through a lens or observing the way that the sun interacts with things, engineers using optical metrology direct ultra-precise lights and lasers towards objects, and then specialised lenses learn about those objects by the way that the light reflects back.

The Advantages of Optical Metrology

Measuring properties with light unlocks distinct advantages over other metrological practices, such as tactile measurements with probes. Probes come into physical contact with the things they measure and are subject to countless variations in speed, pressure, and more. Optical metrology relies on the constancy of Plank’s constant, and by building on the foundational relationship between the energy and speed of light, it leverages quantum mechanics to understand the world.

Light is precise. By understanding the speed and refraction of light, and the objects it interacts with, scientists measure tiny yet vital details. Whether you’re detecting microscopic imperfections in a circuit board, fluctuations in temperature, or even nanoseconds on the clock, optical metrology empowers extremely precise readings throughout.

While industrial machinery isn’t always the fastest thing in the world, light itself is. Optical metrology essentially harnesses the fastest known phenomenon in the universe. This light speed allows the devices relying on it to accelerate their readings. As the discipline develops, optical metrology allows further scaling in speed and processing power.

Any industry with machinery, wiring, or plumbing requires maintenance, and optical CMM helps workers in any industry maintain their tools. The technology also opens specific opportunities in measurement and chronology, as we’ll explore.

Profilometers scan shapes to detect important surface qualities like flatness, curves, and roughness. Optical profilometers can detect multiple properties with a single image or take multiple images to update engineers in real-time. These applications support quality control on rolling production lines or rapid transition from piece to piece. Industries from electronics to jewellery rely on the measurement prowess of optical profilometers.

ToF (Time of Flight) cameras assist operators and artificial intelligence in analysing space to determine properties like depth and trajectory. They operate like profilometers, sending pulses and measuring the reflections, yet they measure entire scenes rather than specific objects. Scientists are just discovering ToF’s potential with machine vision and beyond.